A few days in Cornwall, staying at a cottage in Sandplace, just north of Looe.

The beach at East Looe

Nelson the one-eyed grey seal, looking out over Looe harbour and the Banjo pier.  Nelson was a popular fixture in Looe harbour for many years and after he died in 2003, this bronze sculpture by Suzie Marsh was placed on the rocks in his memory.

St. George’s Island, West Looe.  The island has a long history, having been under the control of Glastonbury Abbey during the Middle-Ages and becoming the property of the Crown on the Dissolution of the Monasteries by Henry VIII in 1536.  In more recent times it was owned by two sisters – Babs and Evelyn Atkins who wrote two books telling the story of how they came to purchase the island and what it was like to live there.  The sisters bequeathed the island to the Cornwall Wildlife Trust to be preserved as a nature reserve.

Cormorant, West Looe.  I was hoping he’d spread his wings but he wouldn’t oblige! 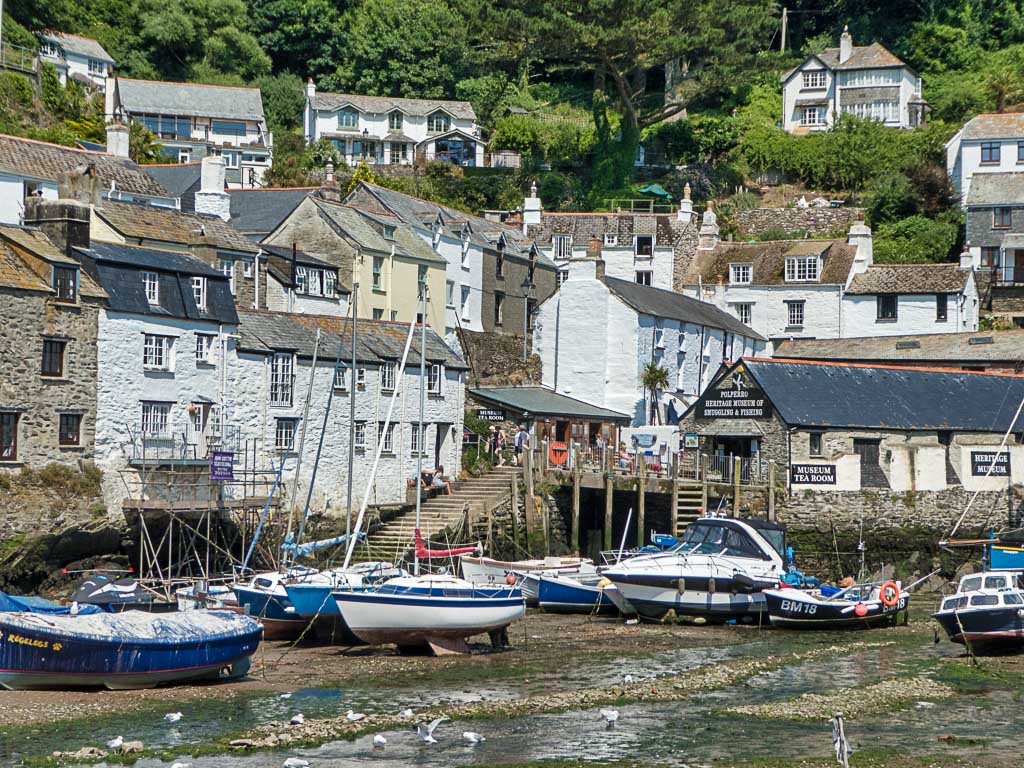 Polperro – just down the coast from Looe.  Whilst it is full of gift shops, they don’t really spoil this quaint old Cornish fishing village with its narrow streets and attractive old cottages.

The narrow streets of Polperro.  It’s sensible to leave your car in the car park at the top of the village!

Chapel Rock at the entrance to Polperro harbour.  The ‘Old Net Loft’ is an abandoned chapel that has recently been restored by the National Trust.

The village of Boscastle on the north coast – devastated by a flash flood in August 2004 but now completely rebuilt.

Boscastle – the view back towards the village from the harbour wall

Harbour Light, Boscastle – this 16th century cottage was completely washed away in the 2004 flood but has been rebuilt.  Previously a gift-shop, it is now a thriving cafe. 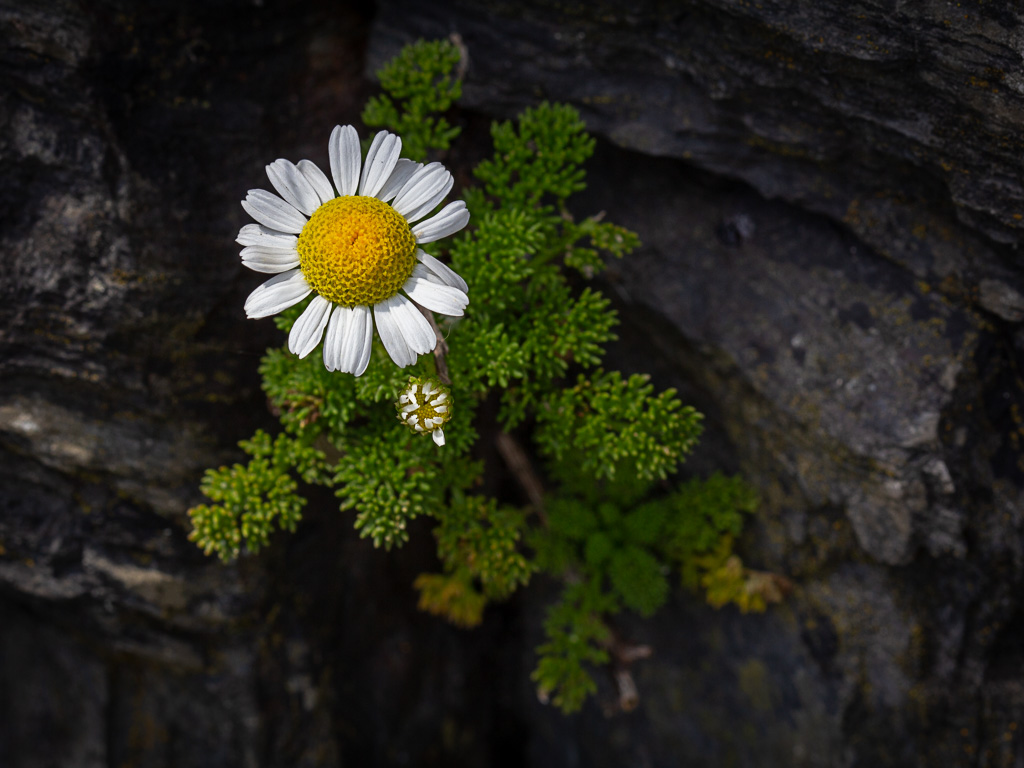 On the harbour wall, Boscastle – the white flower seemed to shine out amongst the dark rocks.

The cliff at one side of the entrance to Boscastle harbour.  I later climbed to the top of this. (See next photo!)

View along the coast from the same place as the previous photo.  You can see the lookout tower up at the top.

On the way back from Boscastle, we stopped at the Jamaica Inn. The old smugglers’ inn lies at the heart of Bodmin Moor and is the setting for the famous Daphne du Maurier novel of the same name.

Mevagissey – another fishing village on the south coast.  The village dates back to the early 14th Century and was named after two Irish saints, St. Meva and St. Issey.  Like Polperro, Mevagissey also has very narrow streets and again it’s best to leave the car at the car park and walk down into the village. 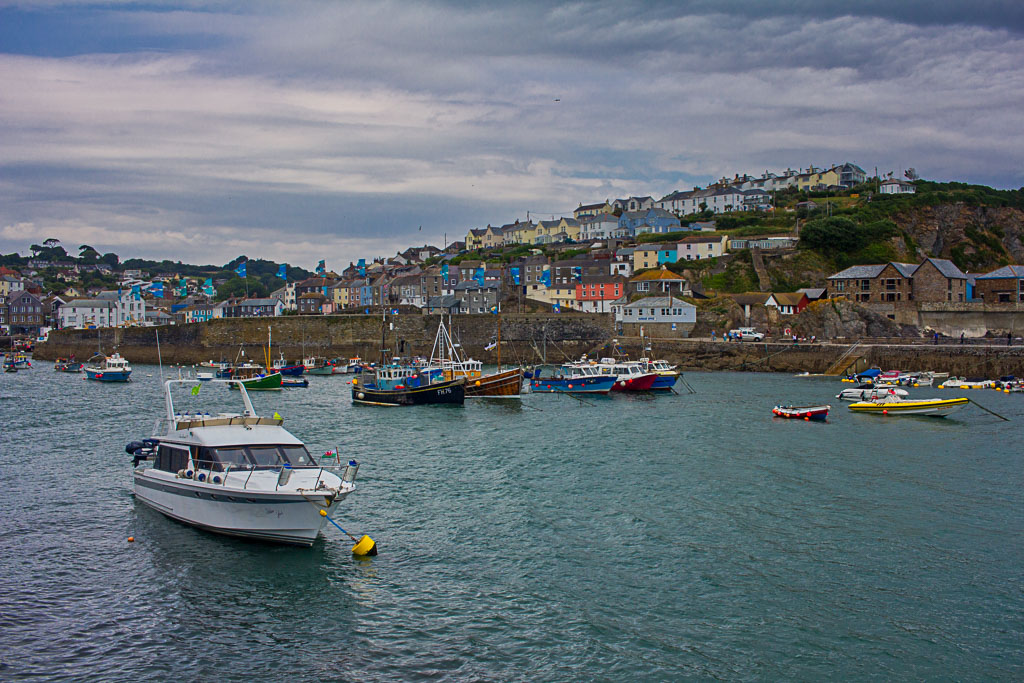 Mevagissey has a twin harbour.  The previous photo showed the inner harbour and this is the outer one. 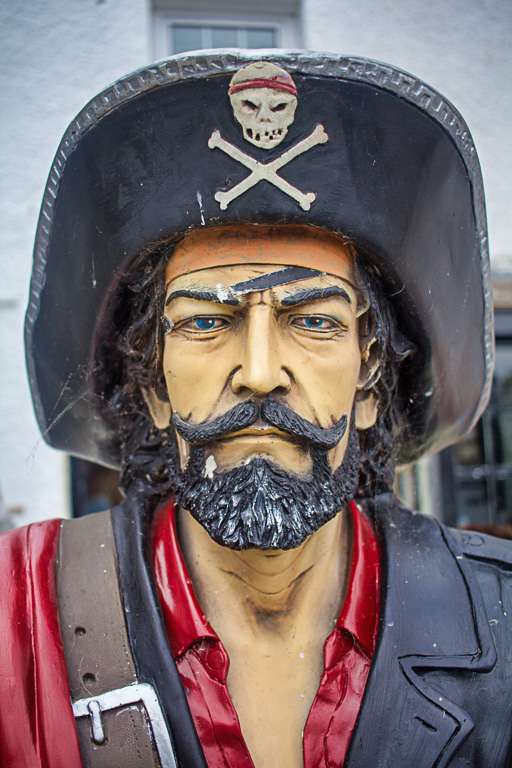 This pirate looks like he’s stepped out of the sign for the Jamaica Inn, but he’s actually outside a restaurant in Mevagissey. 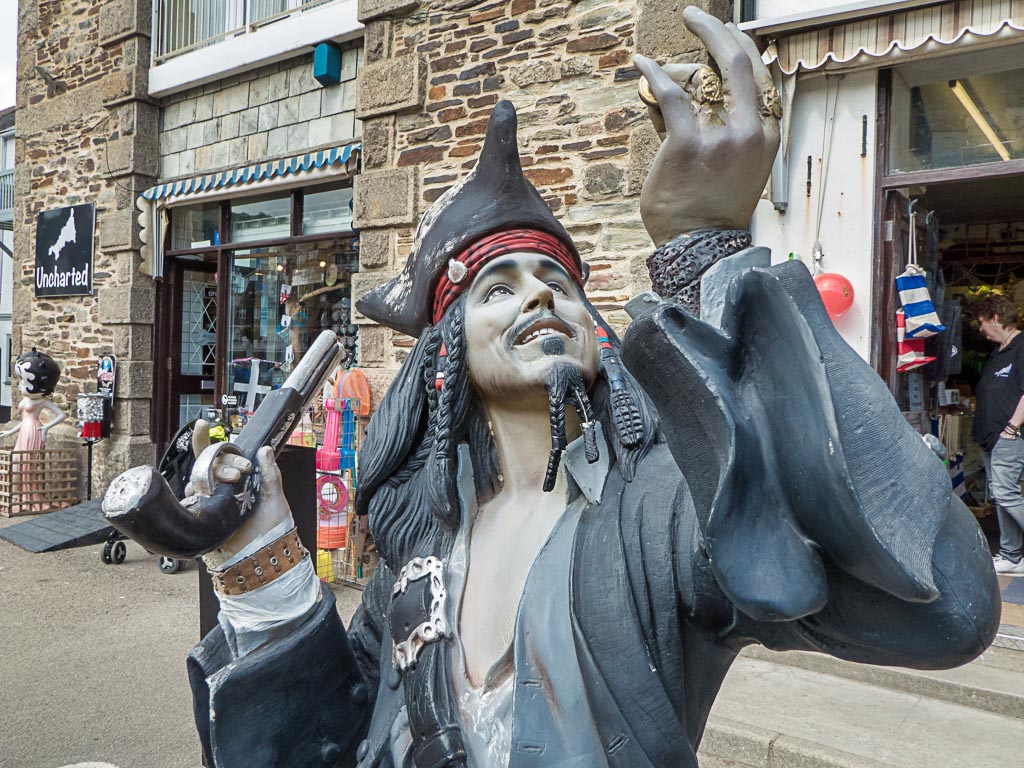 And talking of pirates – here is Captain Jack outside the Bosun’s Locker in East Looe.  It looks like some scallywag has given him an old style pound coin in his change!

The sun goes down behind the estuary at Looe.  As the day draws to a close, so does our holiday – but we shall return!