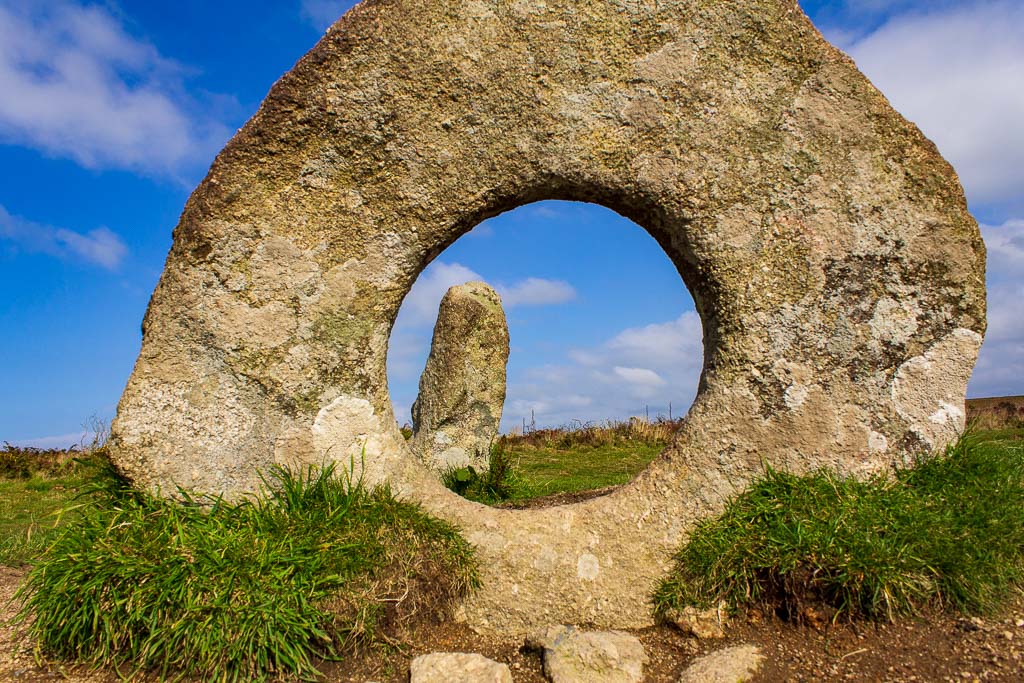 Cornwall is full of ancient standing stones – monuments to a bygone time.  We visited three of these on our drive back from the Minack Theatre.

Mên-an-Tol is a formation of three stones, about 20 minutes walk from the road between Madron and Morvah.  They are thought to date back to the late Neolithic or early Bronze Age. 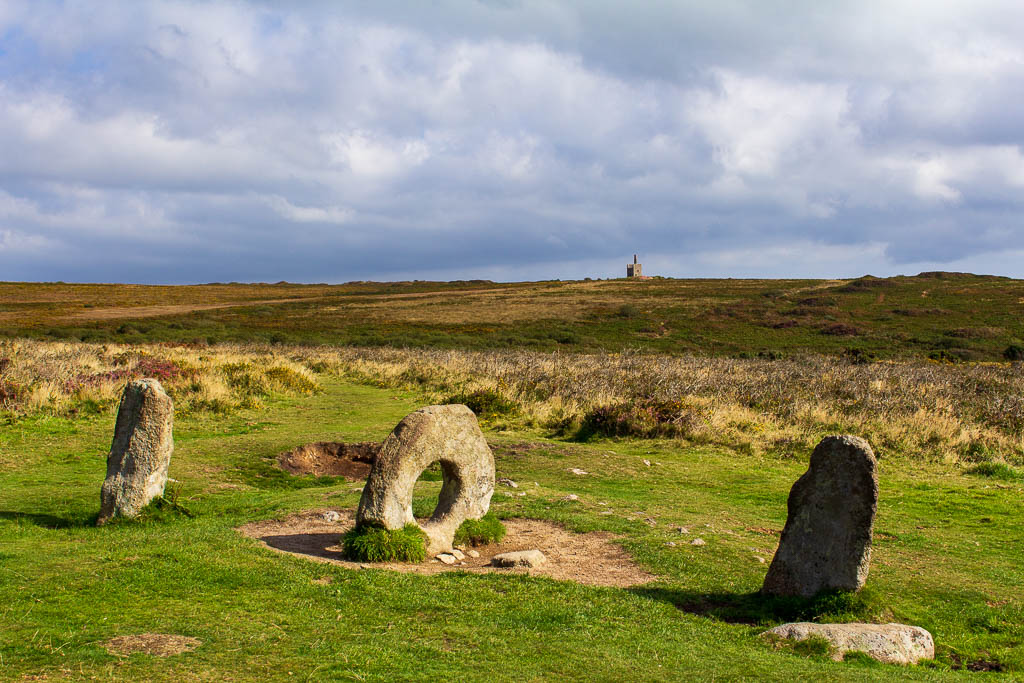 The stones are only around 4 feet high. 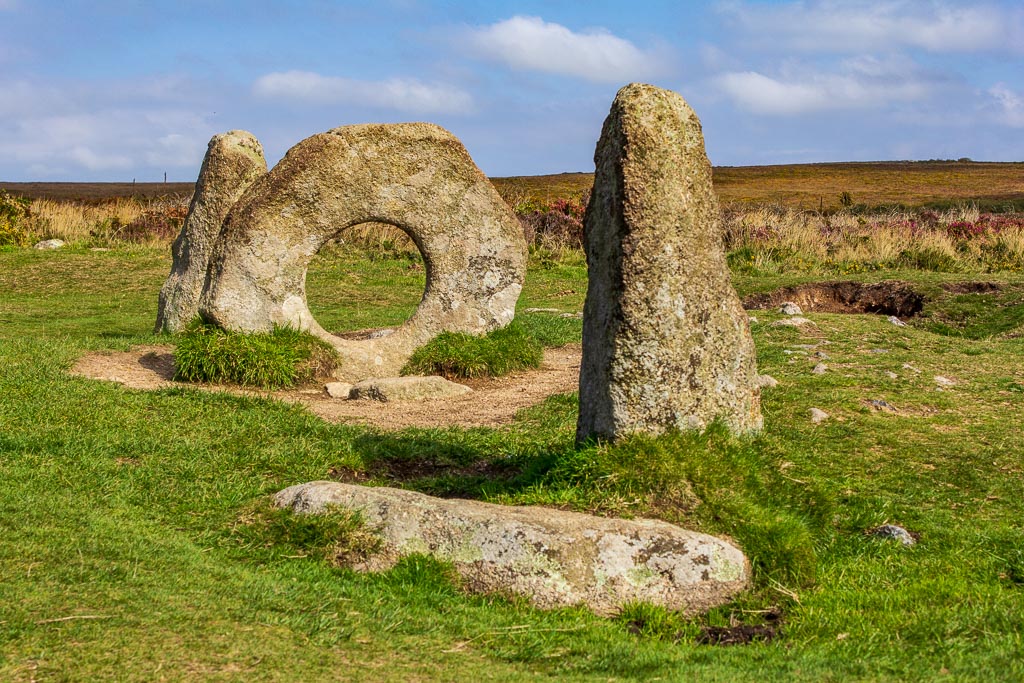 But a low camera angle makes them look more impressive. 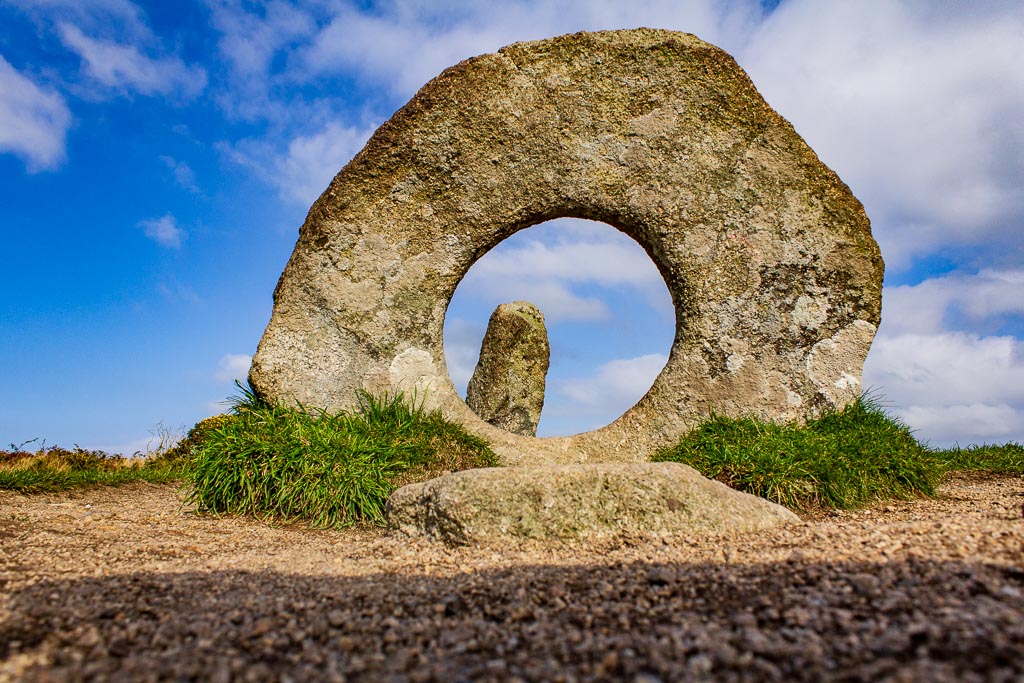 And you need to put the camera on the ground to get the best shot! 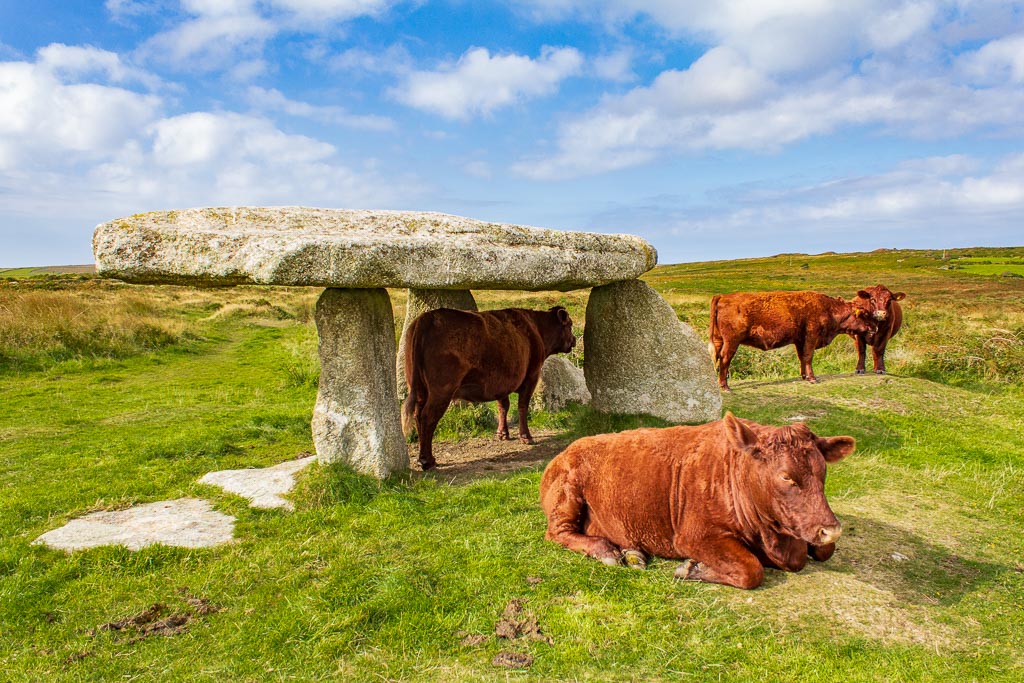 Lanyon Quoit is near to Mên-an-Tol but a lot closer to the road.  It was a bit crowded when we got there though as a herd of cows had taken up residence! 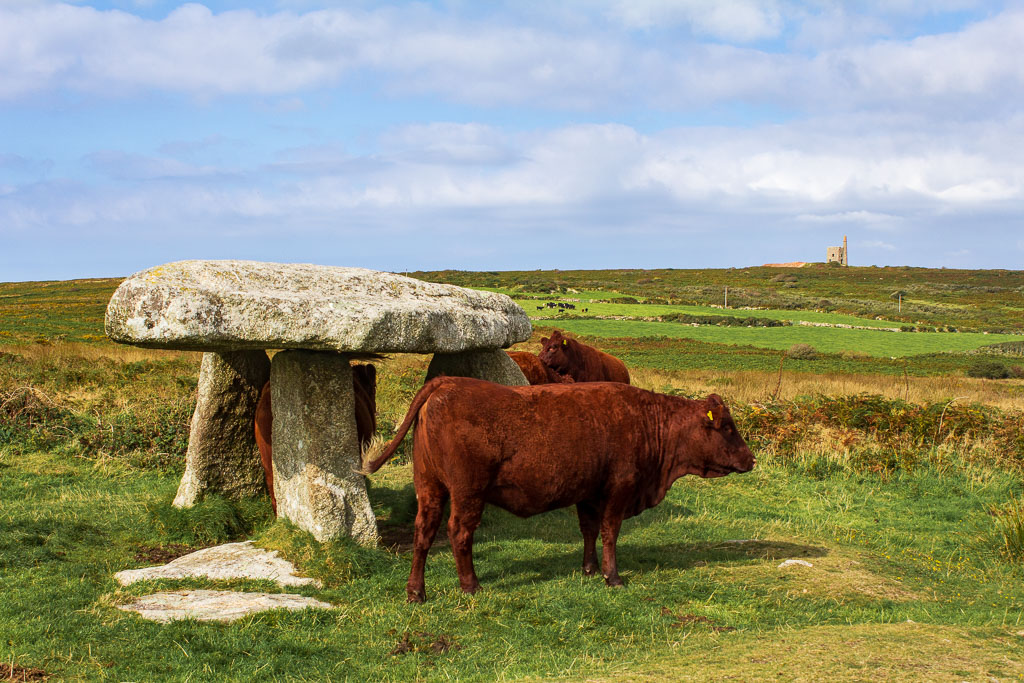 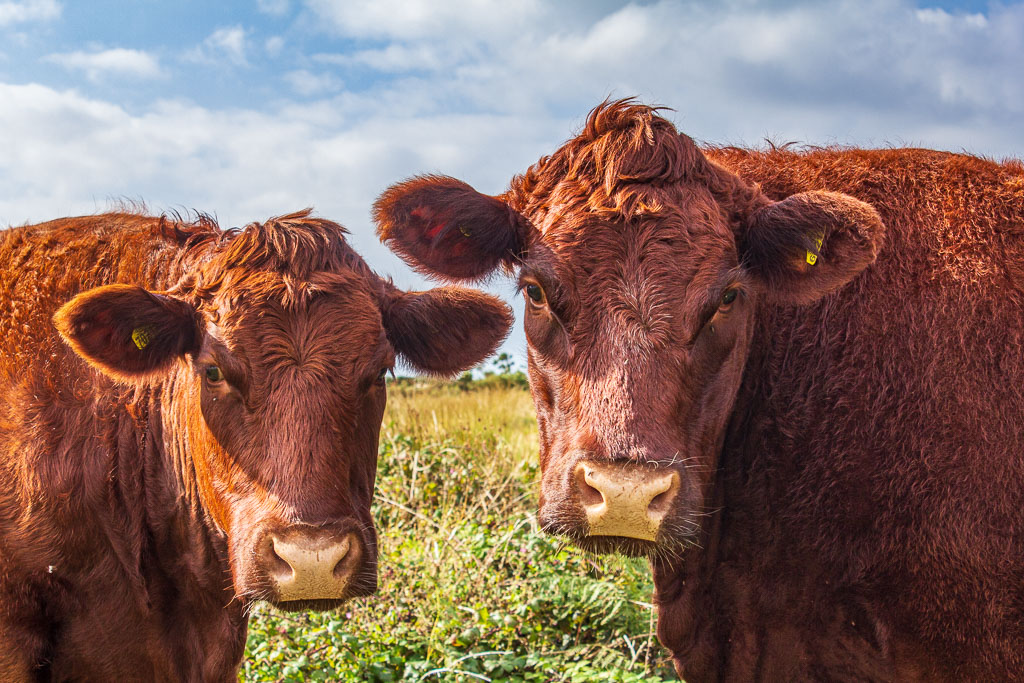 What are you looking at?

Finally, (after a visit to the Jamaica Inn!) we got to King Doniert’s Stone, near the village of St. Cleer, just as the sun was going down. 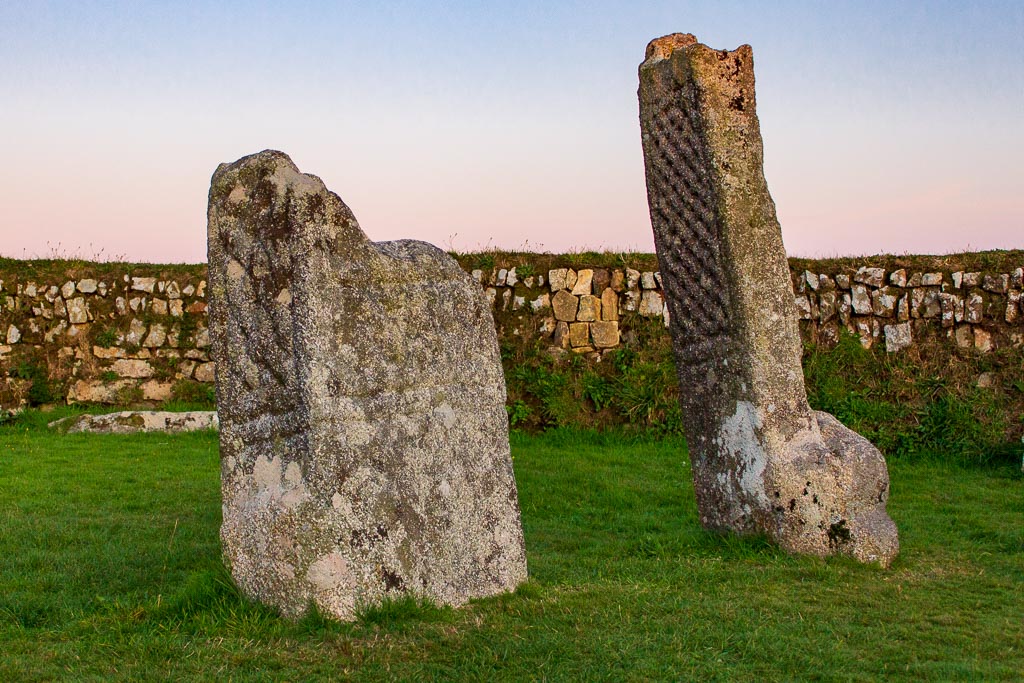 The stone (the one on the left in the photo above) is the decorated granite base from a Celtic memorial cross dating from the 9th Century.  It is believed to have been built to commemorate Doniert – the last recorded King of Cornwall. 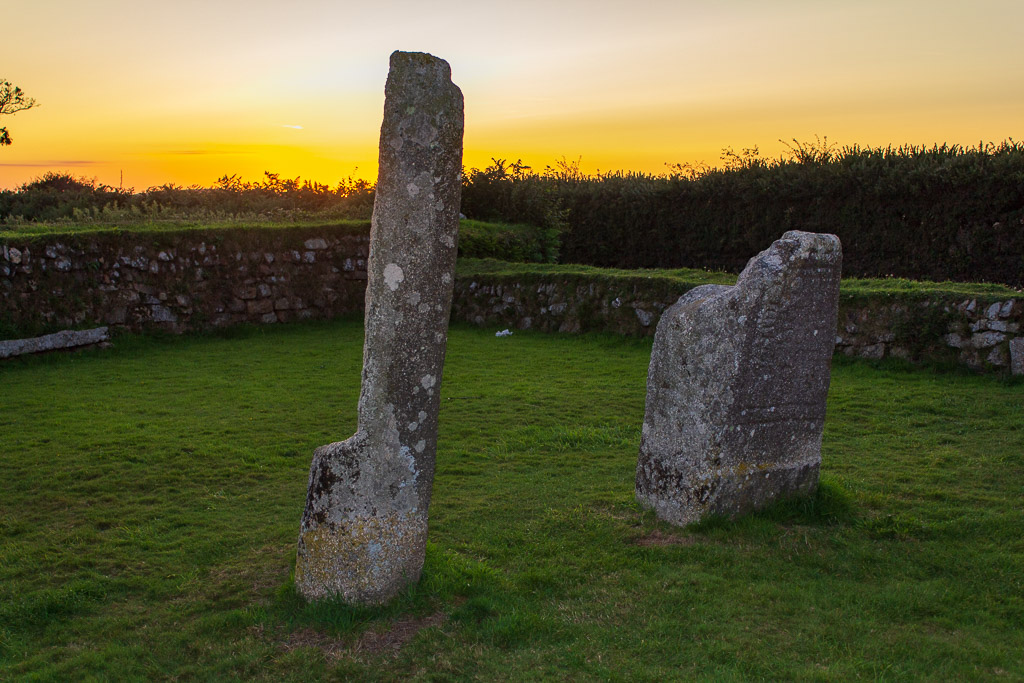 The taller stone is known as “The Other Half Stone” and was also built to support a granite cross.

All photographs were taken using a Canon EOS 60D with the 18-55mm “kit” lens and processed using Adobe Lightroom.