The Minack Theatre is an outdoor theatre overlooking the sea at Porthcurno in Cornwall.
It was the life’s work of Rowena Cade from the first performance of “The Tempest” in 1932 until her death in 1983 at the age of 89.  Initially assisted by her gardener, Billy Rawlings, Miss Cade was subsequently helped by Charles Angove.  The theatre is now managed by a charitable trust and puts on events from Easter to October every year.
The theatre is open to visit on days when there is no performance.

View of the bay from the top of the cliff, just outside the theatre.

Looking down onto the beach. 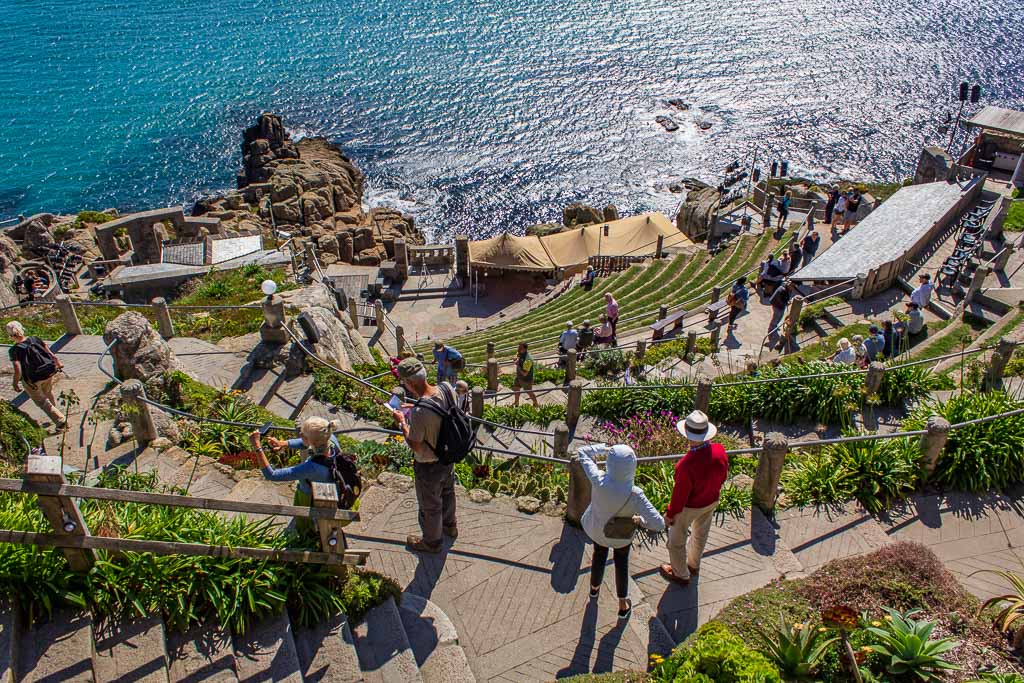 Once inside, this is the view down to the stage. 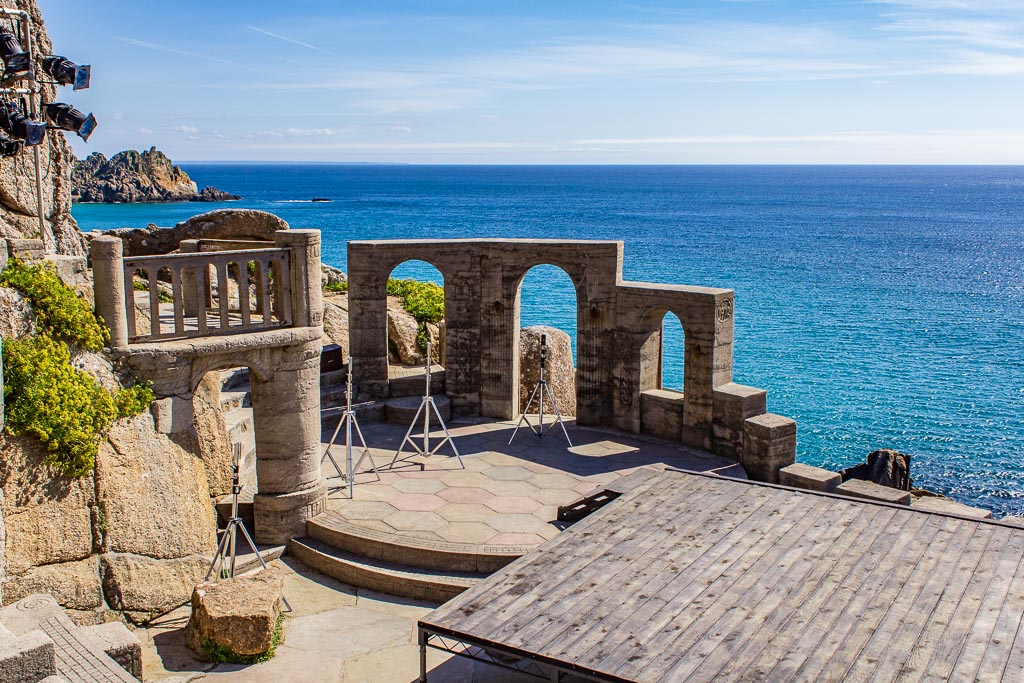 Looking back up to where the audience will sit on the grass-covered seats. 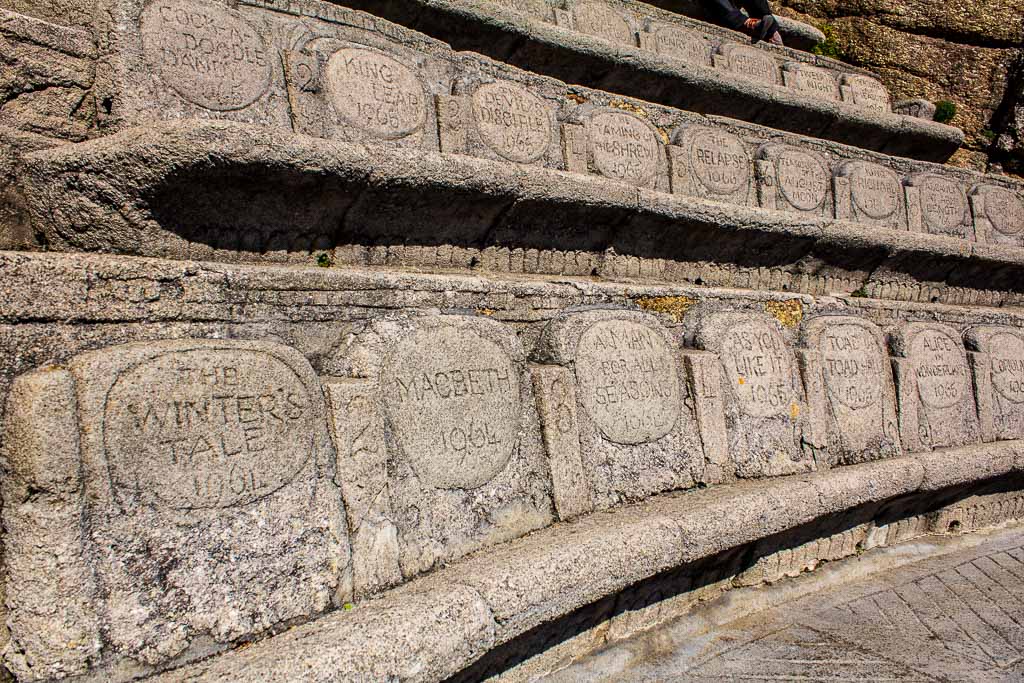 Seats on the other side – each showing the name and year of a past production. 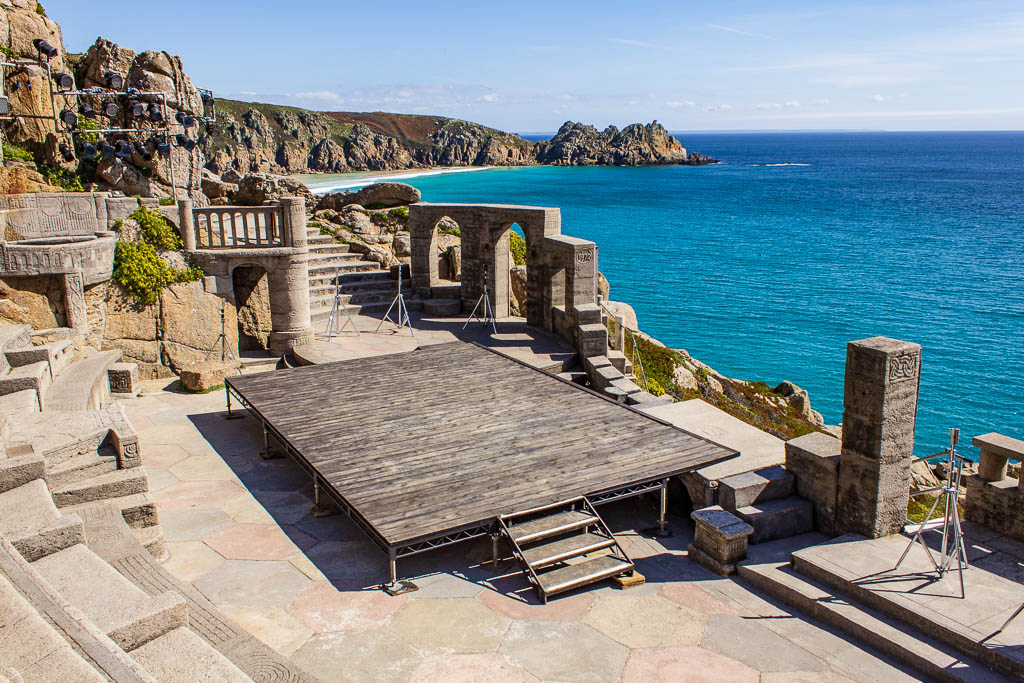 The stage, with the spectacular view of the bay behind. 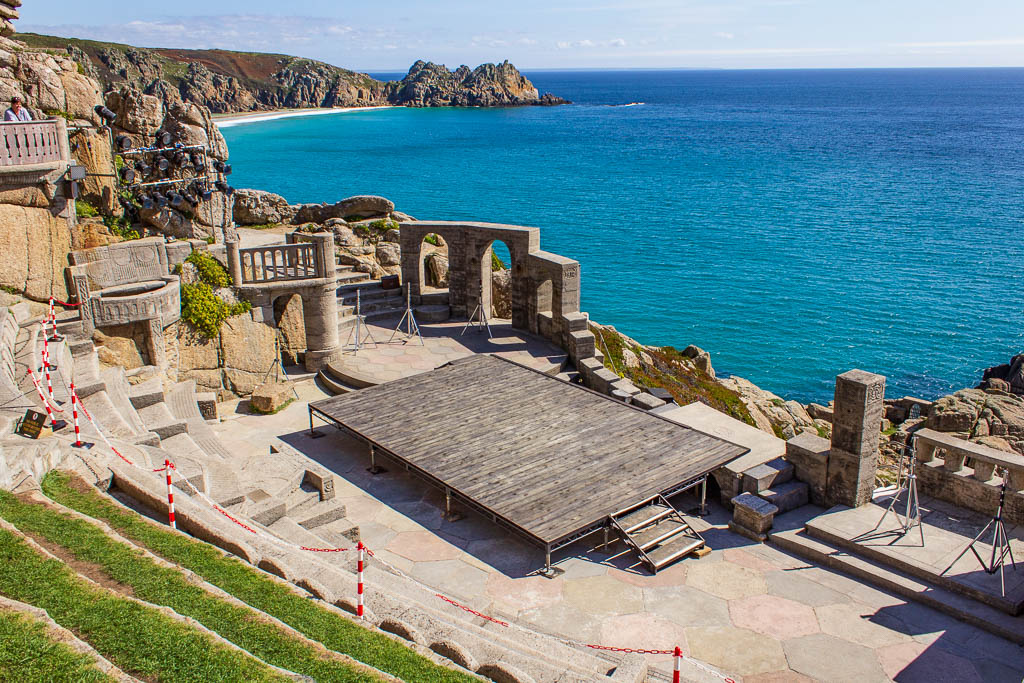 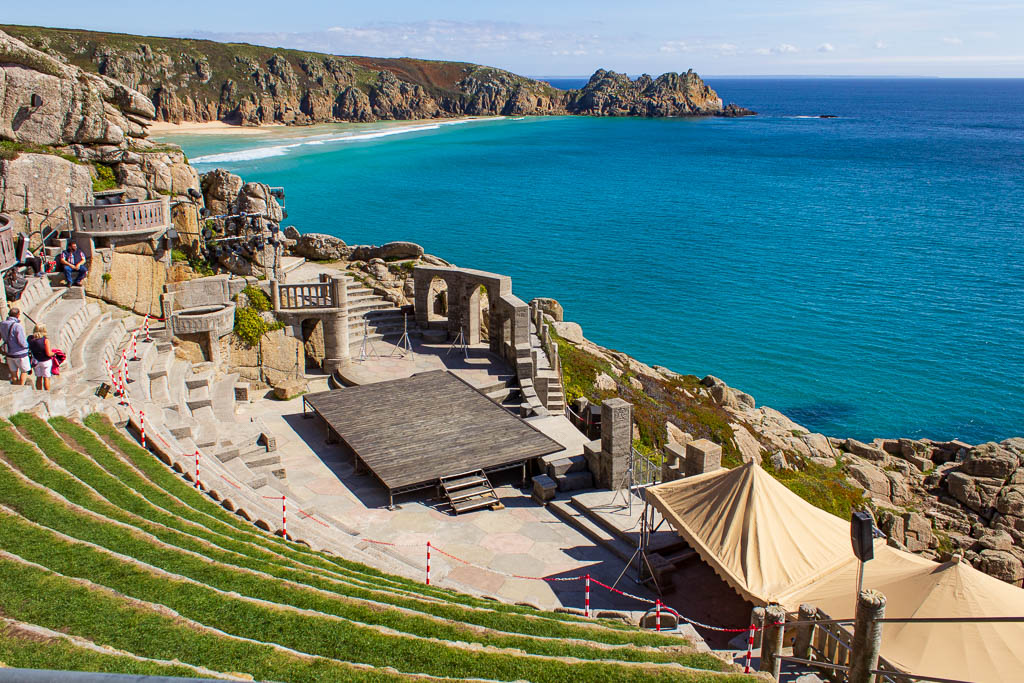 All photographs were taken using a Canon EOS 60D with the 18-55mm “kit” lens and processed using Adobe Lightroom.

One thought on “The Minack Theatre”